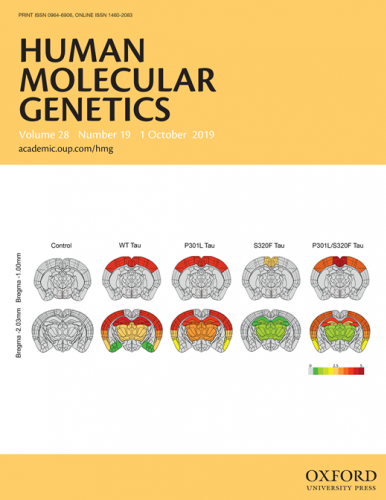 The persistent Mullerian duct syndrome (PMDS) is a 46,XY disorder of sexual development characterized by the persistence of Mullerian duct derivatives, uterus and tubes, in otherwise normally masculinized males. The condition, transmitted as a recessive autosomal trait, is usually due to mutations in either the anti-Mullerian hormone (AMH) gene or its main receptor. Many variants of these genes have been described, all targeting the coding sequences. We report the first case of PMDS due to a regulatory mutation. The AMH promoter contains two binding sites for steroidogenic factor 1 (SF1), one at -102 and the other at -228. Our patient carries a single base deletion at -225, significantly decreasing its capacity for binding SF1, as measured by the electrophoresis mobility shift assay. Furthermore, by linking the AMH promoter to the luciferase gene, we show that the transactivation capacity of the promoter is significantly decreased by the mutation, in contrast to the disruption of the -102 binding site. To explain the difference in impact we hypothesize that SF1 could partially overcome the lack of binding to the -102 binding site by interacting with a GATA4 molecule linked to a nearby response element. We show that disruption of both the -102 SF1 and the -84 GATA response elements significantly decreases the transactivation capacity of the promoter. In conclusion, we suggest that the distance between mutated SF1 sites and potentially rescuing GATA binding motifs might play a role in the development of PMDS