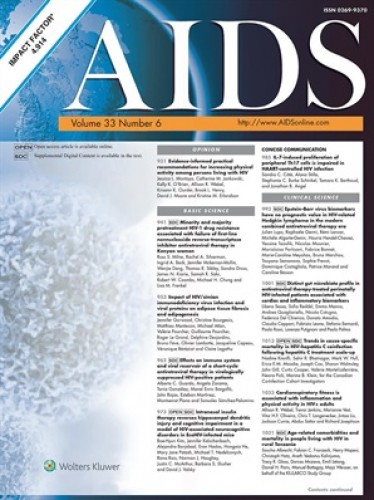 Objective: HIV-infected patients receiving antiretroviral treatment (ART) often present adipose tissue accumulation and/or redistribution. adipose tissue has been shown to be an HIV/SIV reservoir and viral proteins as Tat or Nef can be released by infected immune cells and exert a bystander effect on adipocytes or precursors. Our aim was to demonstrate that SIV/HIV infection per se could alter adipose tissue structure and/or function.

Conclusion: We demonstrate here a specific role for HIV/SIV infection per se on adipose tissue fibrosis and adipogenesis, probably through the release of viral proteins, which could be involved in adipose tissue dysfunction contributing to cardiometabolic alterations of HIV-infected individuals.