Receptor-interacting protein kinase-3 (RIPK3) and mixed lineage kinase domain- like (MLKL) proteins are key regulators of necroptosis, a highly pro-inflammatory mode of cell death, which has been involved in various human diseases. Necrop- totic-independent functions of RIPK3 and MLKL also exist, notably in the adipose tissue but remain poorly defined. Using knock-out (KO) cell models, we investi- gated the role of RIPK3 and MLKL in adipocyte differentiation. Mlkl-KO abolished white adipocyte differentiation via a strong expression of Wnt10b, a ligand of the Wnt/b-catenin pathway, and a downregulation of genes involved in lipid meta- bolism. This effect was not recapitulated by the ablation of Ripk3. Conversely, Mlkl and Ripk3 deficiencies did not block beige adipocyte differentiation. These findings indicate that RIPK3 and MLKL have distinct roles in adipogenesis. The absence of MLKL blocks the differentiation of white, but not beige, adipocytes highlighting the therapeutic potential of MLKL inhibition in obesity. 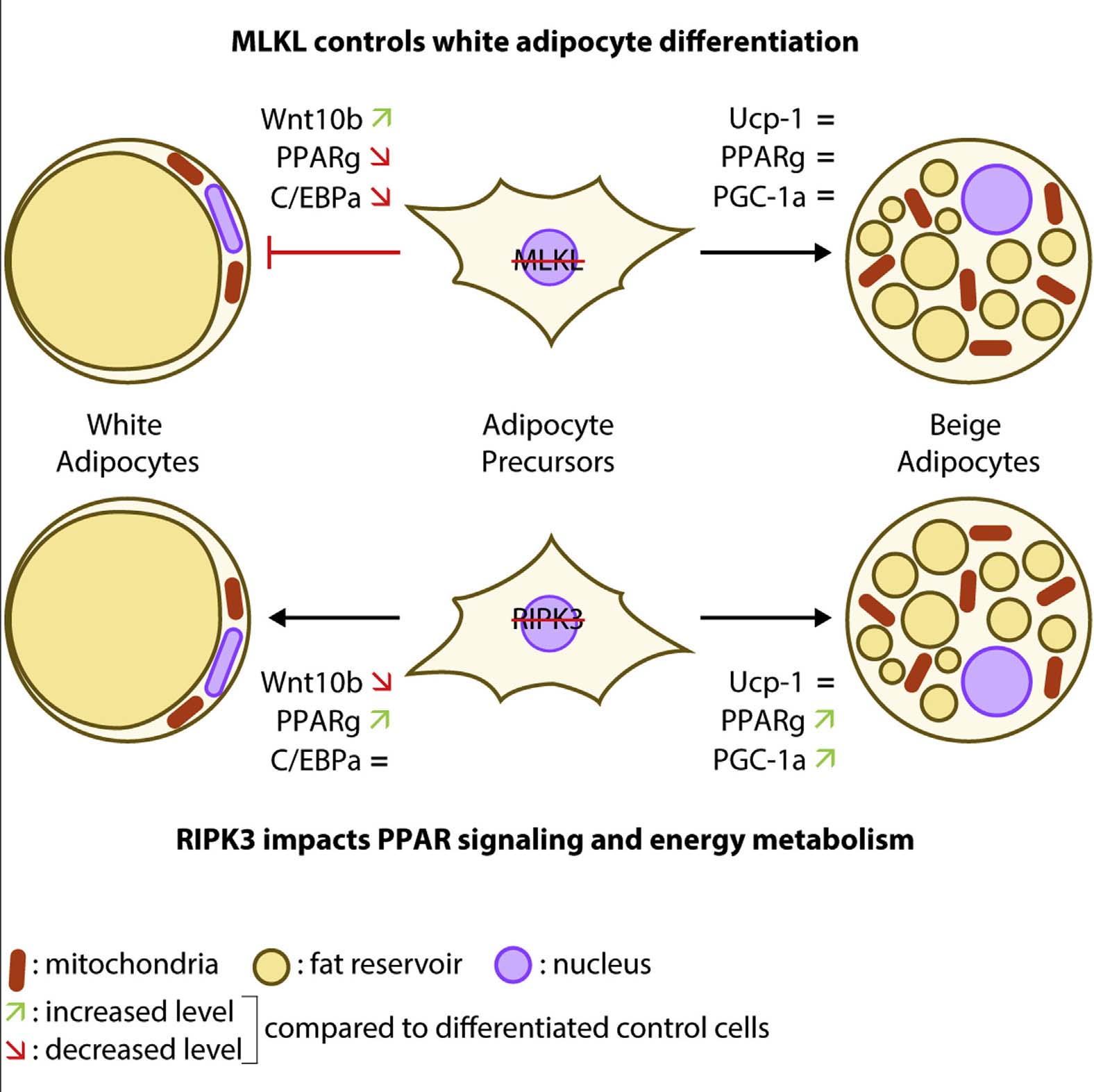