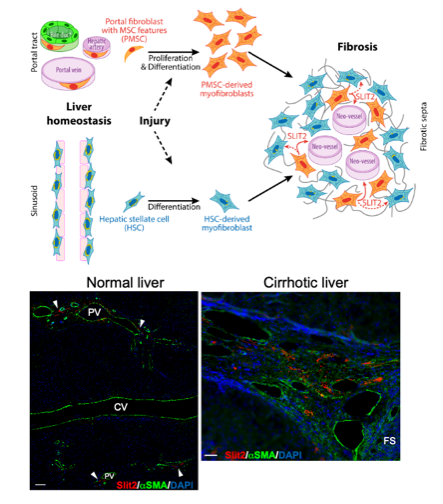 CONCLUSIONS: PMSCs form a small reservoir of expansive myofibroblasts, which in interaction with neo-vessels and HSC-MFs that mainly arise via differentiation from a preexisting pool, underlie the formation of fibrotic septa in all types of liver diseases.