Portal myofibroblasts (PMF) form a sub-population of highly proliferative and proangiogenic liver myofibroblasts that derive from portal mesenchymal progenitors. Endoplasmic reticulum (ER) stress was previously shown to modulate fibrogenesis, notably in the liver. Our aim was to determine if ER stress occurred in PMF and affected their functions. PMF were obtained after their expansion in vivo from bile duct-ligated (BDL) rats and referred to as BDL PMF. Compared to standard PMF obtained from normal rats, BDL PMF were more myofibroblastic, as assessed by higher alpha-smooth muscle actin expression and collagen 1 production. Their proangiogenic properties were also higher, whereas their proliferative and migratory capacities were lower. CHOP expression was detected in the liver of BDL rats, at the leading edge of portal fibrosis where PMF accumulate. BDL PMF displayed ER dilatation and an overexpression of the PERK pathway downstream targets, Chop, Gadd34 and Trb3, in comparison with standard PMF. In vitro, the induction of ER stress by tunicamycin in standard PMF, caused a decrease in their proliferative and migratory activity, and an increase in their proangiogenic activity, without affecting their myofibroblastic differentiation. Conversely, the treatment of BDL PMF with the PERK inhibitor GSK2656157 reduced ER stress, which caused a decrease in their angiogenic properties, and restored their proliferative and migratory capacity. In conclusion, PMF develop ER stress as they expand with the progression of fibrosis, which further increases their proangiogenic activity, but also inhibits their proliferation and migration. This phenotypic switch may restrict PMF expansion while they support angiogenesis. 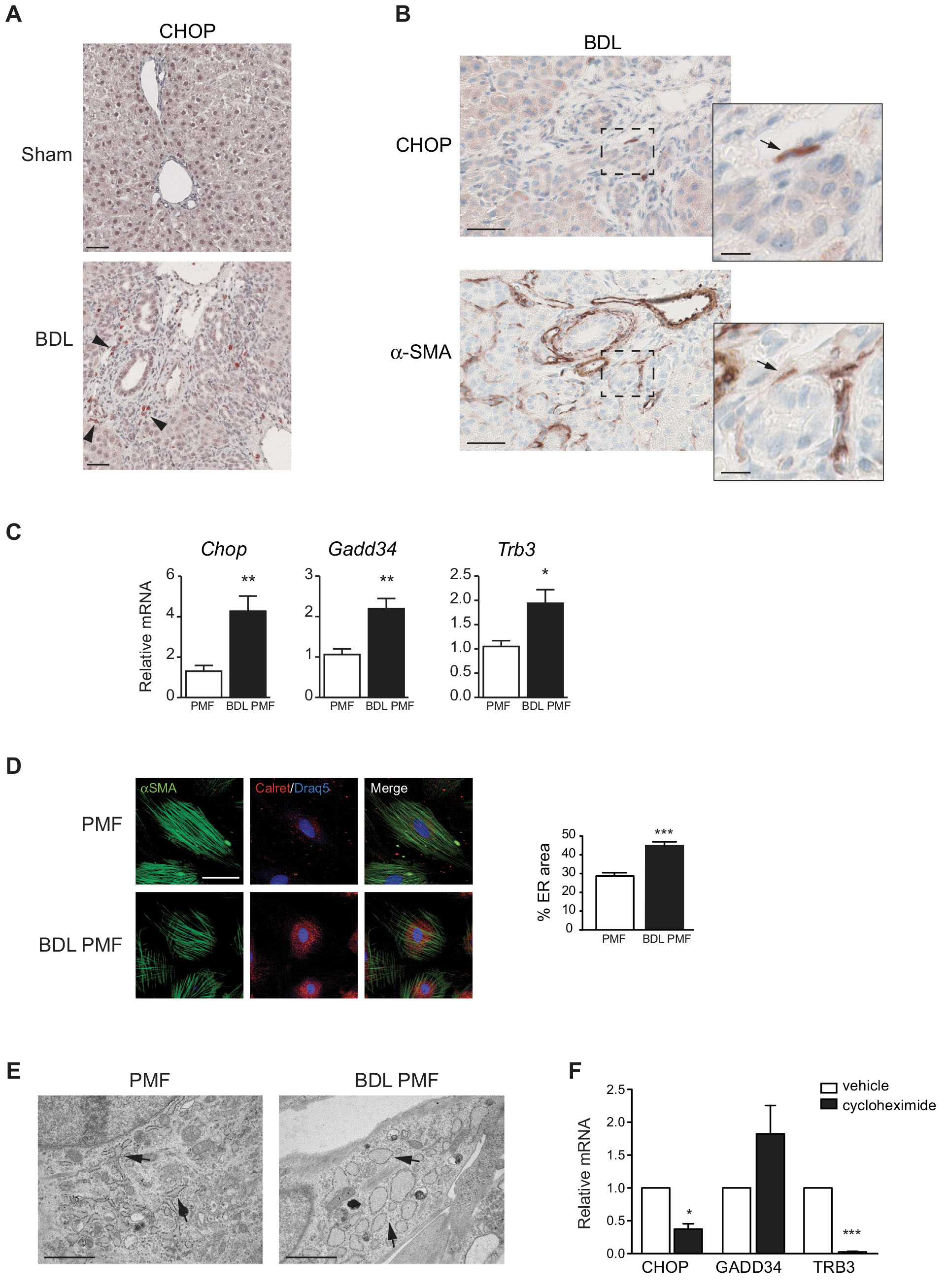